Many of you reading this blog will know that I am from an infamously great (greatly infamous?) city known as fabulous Las Vegas, Nevada, and I think I can speak for my fellow Las Vegans when I claim that sometimes our origins seem to define us.

Anytime anyone asks where we’re from, we’re berated with questions about our gambling habits, alcohol consumption and nighttime activities. As little kids we learn the proper way to respond to these questions: yes, I go to school; no, I don’t gamble; don’t worry, I never go clubbing on school nights.

Even though we might act annoyed at the awe-struck reactions we often encounter, we Las Vegas locals have to admit that we’re a teeny tiny bit proud of our hometown and our superhuman ability to be unphased by any, ahem, “inappropriate” situations.

It is for this reason that I felt right at home in Amsterdam, which I have dubbed the Sin City of Europe. This characterization of the city was not immediately apparent because Amsterdam is really beautiful. What makes Amsterdam so nice is the canals. In fact, the first thing I did in Amsterdam was a canal tour, and it was actually really strange/cool to be seeing a city while on a boat. 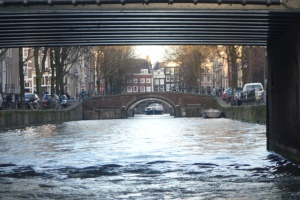 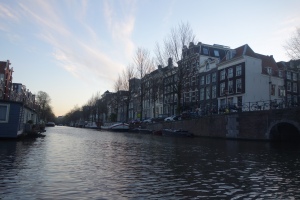 But as the sun went down, it got pretty hard to ignore the debauchery afoot. There’s the obvious sale of weed and the drinking, and once you enter the famed Red Light District, the legal prostitution. Overall, it felt like a darker, slightly sketchier Vegas, but the whole “girls standing in windows” thing was just really sad.

Don’t worry, loyal blog readers, I didn’t get too crazy in Amsterdam. The closest I came to partying was walking into a “coffee shop” (weed store) to buy a T-shirt, for obvious reasons.

But just like in Vegas, one minute I’m mildly annoyed watching inebriated tourists staggering down the street, the next I’m in a perfectly respectable area doing something culturally meaningful. Amsterdam certainly has a lot to offer in that respect, like Dutch pancakes and our visit to the Van Gogh Museum and the Anne Frank House. It’s nice to know there really are two (or more) sides to every city. 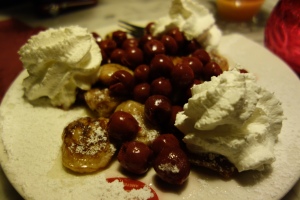 On my last day, I escaped the city altogether with a visit to Keukenhof, the Disneyland of tulip fields. Perhaps the most cheerful place I have ever been, Keukenhof is filled with flowers, greenhouses, windmills, stroopwafel, music, wooden clogs, a petting zoo, and every other Dutch thing you might ever want to see, hear or eat. 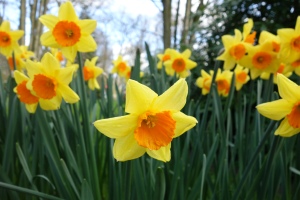 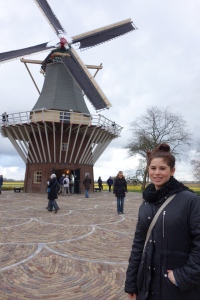 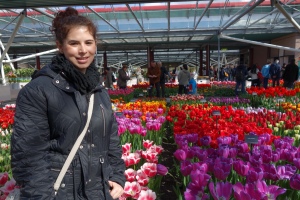 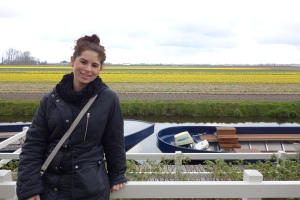 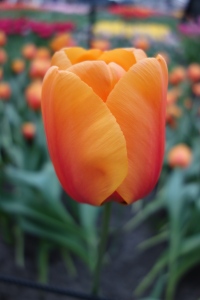 Overall, I really liked Amsterdam because of all the different stuff you can do there. Twas a really fun trip to a really unique place…well, at least as unique as the place I come from.